I feel FPS games are played best with Keyboard and Mouse but this request helped me learn and try out new stuff in Unity, so I'm happy with this.

Since the game originally uses the number keys to change weapons, I had to implement a controller friendly mechanism: the onscreen weapon wheel! 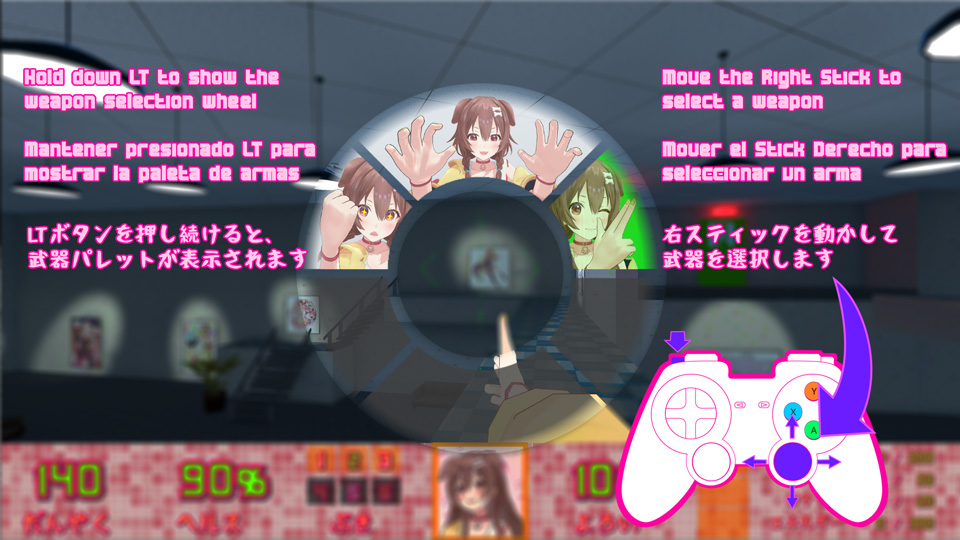 I've only tested the controller support with an XBOX compatible gamepad, so I can't say it will 100% work with other controllers, such as PlayStation's DualShock.

These are the controls on the gamepad: 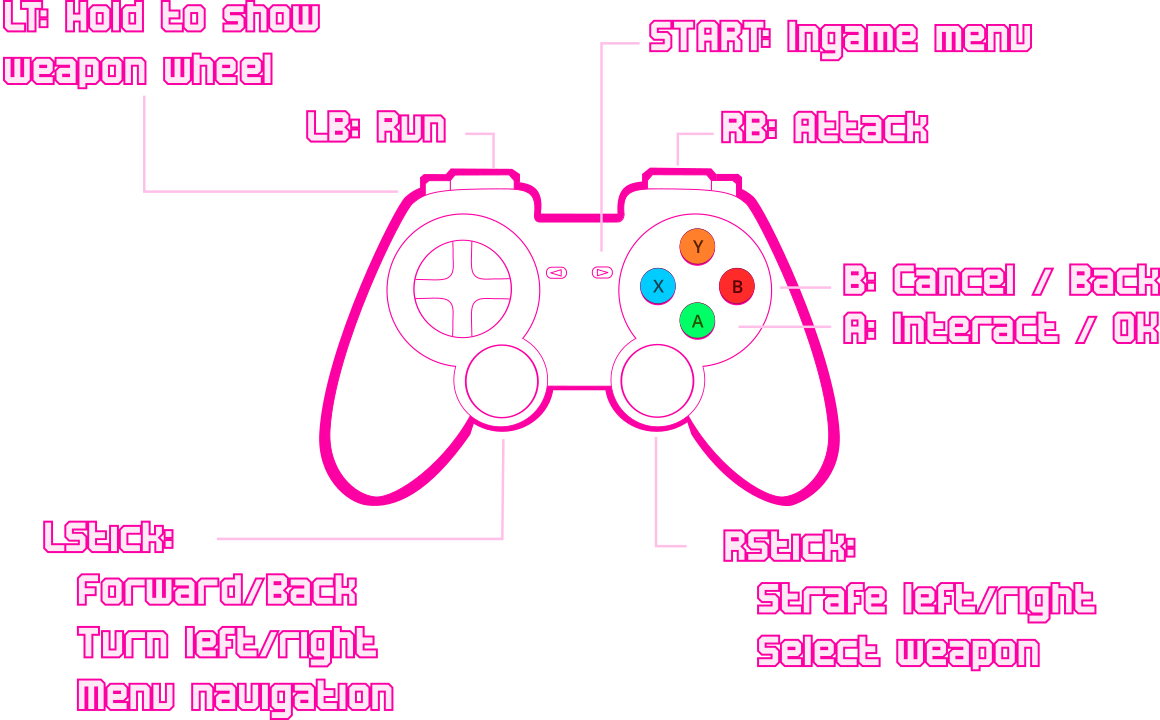 I had to change a bunch of stuff all over the code to make this work, so hopefully I didn't break anything that wasn't fixed in my testing rounds.