Some days ago I found a video of a Thai VTuber play DOOG on stream. It was amazing!

I couldn't understand anything he said, but watching someone from so far away playing and enjoying a game I had created felt so surreal and made me very happy.

After what I guess was around an hour, and having beaten a couple of levels, it seems it was time for him to end the stream. So, naturally, he opens the game menu and selects the "Return to Main menu" option.

He seemed confused when the game loaded up the main menu and there was no "Continue" option available. Hm? That couldn't be right. He pushed the "New game" option in disbelief... and as the first level loaded up on the screen he realised he had to do it all over again from the beginning. I didn't need to understand Thai to see that he was not particularly happy about it.

I skimmed through his YouTube channel videos and couldn't find any showing him playing the rest of my game. I'm guessing he gave up due to not being able to continue from where he had left. I took another look at his YouTube channel... 700k subscribers. Wow.

When I first designed DOOG, I expected it to be finished in one sitting, since I thought it was a relatively short game (from my perspective), therefore a save/load system was not considered.

However, after watching that VTuber reaction, I started thinking about all the other people who have played DOOG but never made it to the end due to not having this "Continue" feature.

So, here we are today, update version 1.05: The Checkpoint System! 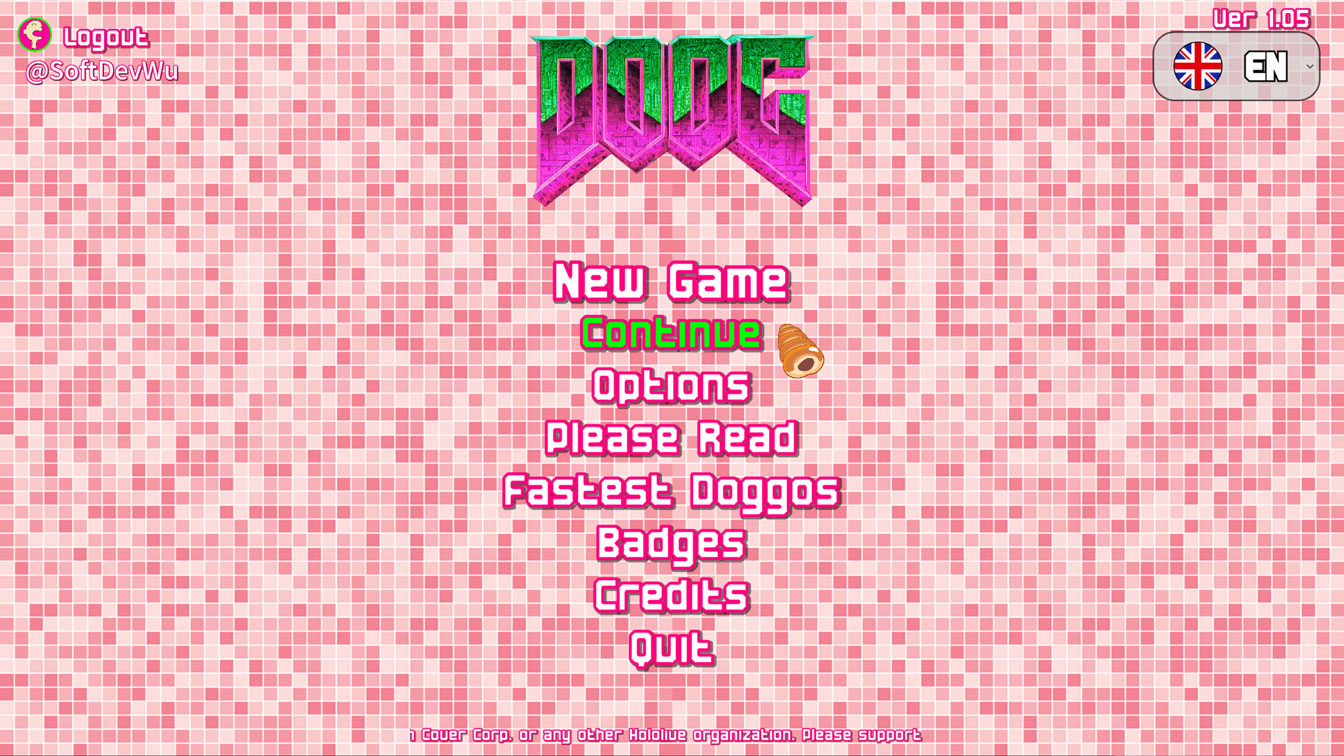 genuinly happy about the continue feature, been struggling to find the time to finish it in one go for a few weeks now